When a law firm experiences a breach, there's a lot at stake. In addition to the time, effort, and expense the firm must spend responding to a cyber attack, employees may find themselves unable to access the firm's technology and, therefore, unable to bill hours.

To sum it up, a firm's reputation suffers when it can't meet the needs of its clients, which in turn could lead to a loss of market share.

Meanwhile, the risk of being breached is significant. According to an American Bar Association survey, the number of law firms that experienced a cybersecurity breach in 2020 marked an uptick from the 12 months prior. In fact, 29% of survey respondents suffered the fate compared to 26% in 2019. This indicates that cybersecurity is even more important than before, particularly for law firms that deal with important clients such as Google.

To showcase the rising danger and repercussions, we've compiled a list of the eleven of the biggest cyber attacks and cyberthreats targeting law firms.

The law firm Campbell Conroy & O’Neil P.C. was subject to a data breach on February 27, 2021. The firm became aware of unusual activity, then conducted an investigation and discovered it had unwittingly been a ransomware victim.

The ransomware attack prevented Campbell Conroy & O’Neil P.C. from accessing critical files in its system. Although the full extent and impact of the attack have not yet been determined, Campbell Conroy & O’Neil P.C. speculates that the attacker had access to clients’ names, Social Security numbers, driver’s license numbers, dates of birth, and other key identifying facts.

In response to the breach, Campbell Conroy & O’Neil P.C. contacted third-party forensic investigators to determine what information may have been compromised. Furthermore, the law firm alerted the FBI and offered its clients 24 months of complimentary access to services such as credit monitoring, fraud consultation, and more.

According to news outlets, the criminals behind the attack reported having received $365,000 from the firm. They threatened to release additional data, much of which involves celebrities, if they didn't receive payment in full.

As part of its response, the firm disclosed that it has hired “the world's experts who specialize in this area, and [is] working around the clock to address these matters."

Previously, Travelex, a British company that provides foreign exchange services, paid the same criminal gang a $2.3-million ransom to regain control of its files and network.

Fragomen, Del Rey, Bernsen & Loewy confirmed it was the victim of a data breach on September 24, 2020. The law firm was heavily involved with Google, and the data breach involved personal information for both current and former Google employees.

An unauthorized third party was able to access at least one file that contained personal information on several Google employees, such as driver’s license numbers and other personally identifiable information. This placed certain Google employees at risk for identity theft or other forms of fraud.

Fragomen, Del Rey, Bernsen & Loewy filed a notice with the FBI and, even today, are still unsure how many Google employees are or were affected. The state attorney general was notified, and Google has updated its security policies for Form I-9s for employees. 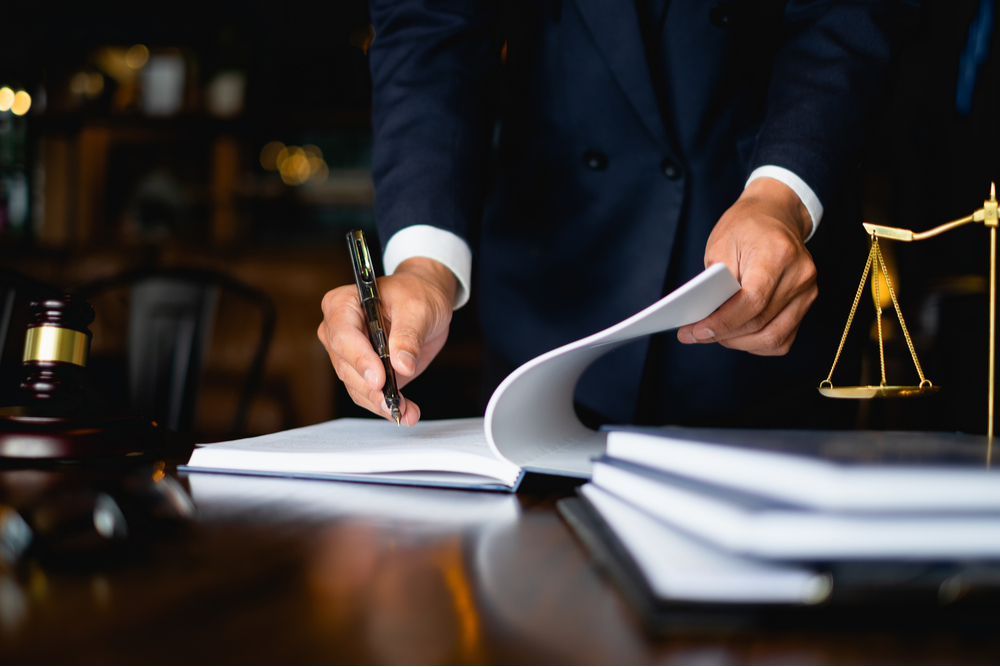 In 2016, a cybercriminal using the alias Oleras allegedly targeted 50 law firms to steal confidential information to facilitate insider trading. The hacker attempted to hire accomplices via the criminal underground to help breach the law firms' defenses and then use keywords to search for pending deals

To entice others to join, Oleras advertised a plan that detailed the names, email addresses, and social media accounts of the law firm employees to be targeted.

Once made aware of the threat, the FBI initiated an investigation and issued an industry alert. To date, none of the law firms targeted by Oleras have disclosed a breach in their firm's defenses.

Jenner & Block admitted that in response to a request that appeared legitimate, the firm had "mistakenly transmitted" employee W-2 forms to "an unauthorized recipient" in 2017. The phishing scheme resulted in the inadvertent sharing of personal information of 859 individuals, including their Social Security numbers and salaries.

Jenner & Block reported the breach to the relevant authorities. It provided two years of access to Experian's ProtectMyID Elite 3B product to employees whose information was released. It also established a hotline for former and current employees and held townhall meetings with employees to discuss the breach.

Proskauer Rose also notified authorities of the disclosure of its employees' personal information. The firm provided two years of identity recovery services for all employees, regardless of their involvement in the breach.

To trick law firm personnel into providing their banking credentials, the criminals sent a phishing email that directed the recipient to web pages designed to look like their bank's website. The scheme used keystroke logging, which recorded the keys entered when victims visited the fake bank site. It then sent that information surreptitiously to the cybercriminals.

The attack targeted bank accounts at Bank of America and Brookline Bank. Once the criminals gained access to the law firm's bank accounts, they transferred funds to other U.S. and foreign bank accounts they controlled. One law firm experienced a loss of more than $76,000, while the other firm lost $41,000.

The law firm Moses Afonso Ryan Ltd. had its critical files locked down for three months due to a ransomware attack in 2016. Specifically, the firm’s billing system and documents were frozen, so they could not be paid by clients and key financial information could not be accessed.

After the system was disabled, the law firm was forced to negotiate a ransom, which was paid in Bitcoin. In total, nearly $700,000 was lost in client billings, as well as the undisclosed ransom cost.

Moses Afonso Ryan Ltd. was first required to pay Bitcoin up front to the hackers, then negotiate additional Bitcoin releases later. This unfortunate predicament left the firm floundering and its employees unproductive for several months.

According to the U.S. government, Iat Hong, Bo Zheng, and Chin Hung earned over $4 million in profits while trading on information they stole from the law firms. To gather such information, the perpetrators used their unauthorized access to read emails belonging to partners at both firms about pending transactions involving public companies.

For trading on insider information, the U.S. Securities and Exchange Commission fined the perpetrators $8.8 million.

In June 2017, DLA Piper suffered a ransomware attack that first struck its Ukrainian offices during an upgrade of its payroll software. The attack involved malware known as NotPetya. The firm cited its "flat network structure" as a reason the infection spread so quickly.

As a result of the attack, DLA Piper employees around the world could not use the firm's telephones or email system, and some struggled to access certain documents. However, the firm states that it did not lose any data and its backups remained intact.

In 2016, Appleby, an offshore law firm located in Bermuda, experienced a cyber attack. News of the attack surfaced in 2017, when the hack attracted interest from the ICIJ.

Known as the Paradise Papers, the law firm's breached records included 13.4 million files. According to The Guardian, a total of 96 media companies and 381 journalists reviewed the documents.

The ICIJ reports that the Paradise Papers resulted in the recovery of unpaid taxes and assessment of penalties. The ICIJ also reports an increased awareness of the need for vigilance and more robust security to prevent future breaches.

The journalists subsequently contacted the International Consortium of Investigative Journalists (ICIJ). The ICIJ put together a team of 107 media organizations located in 76 countries to review the documents, later known as the Panama Papers. Among other forms of questionable activity, the documents detailed the widespread use of shell companies and complex transactions as means of committing tax fraud.

In the aftermath of the Panama Papers, several individuals mentioned in the documents resigned, including Iceland's then prime minister, Sigmundur David Gunnlaugsson. Governments around the world used the documents to recover more than $1.2 billion. As a direct result of the adverse publicity associated with the Panama Papers, Mossack Fonseca closed its doors in March 2018.

In addition to attempting to commit run-of-the-mill bank fraud, cybercriminals increasingly want access to the data and intellectual property in a firm's possession. In fact, many of the most damaging attacks involve either the outright theft of confidential data to support insider trading schemes or the theft and ransom of law firms' client data.

If you're looking to enhance security at your organization, Arctic Wolf provides law firms with customized cybersecurity services, which include round-the-clock, on-demand access to a dedicated team of security experts with extensive experience working with the legal sector.

And for more information on major hacks and breaches, check out the biggest manufacturing industry cyber attacks and healthcare cyber attacks.