Home » Blog » The Capital One Breach: Its Impact and What It Teaches Us About Cybersecurity
× Share this Article

The Capital One Breach: Its Impact and What It Teaches Us About Cybersecurity

One hundred million. That’s how many people were affected by the data breach at Capital One, one of the largest credit card issuers. And that’s just in the U.S. Another six million Canadian records were also compromised. The alleged perpetrator was a former software engineer in Seattle, who managed to breach AWS S3 storage buckets through a multi-step targeted attack. The root cause was apparently a misconfigured firewall in the Capital One AWS infrastructure.

Losses suffered by Capital One will include everything from the cost to remediate the breach to the bank’s reputation. Not to mention the possibility of an enormous settlement—breaches continue to get more costly. Just last week Equifax announced it will pay out between $575-700 million as part of the settlement stemming from its massive 2017 data breach.

In Capital One’s case it issued a statement that assured no credit card account numbers or log-in credentials were compromised, nor were 99 percent of Social Security numbers.  What was compromised according to Capital One was “personal information Capital One routinely collects at the time it receives credit card applications, including names, addresses, zip codes/postal codes, phone numbers, email addresses, dates of birth, and self-reported income.”

No Company Is Immune from Cyberattacks; Not the Biggest, Not the Smallest

Cybersecurity will always be an ongoing challenge for companies of every size. Capital One is a pioneer in cloud computing and has dedicated considerable resources to ensure the security of its infrastructure, including a fully-staffed and skilled security team. Still, they’re simply the latest firm to suffer a major breach.

Companies must employ best practices to reduce their risks of having what happened to Capital One happen to them. Here’s what Arctic Wolf recommends: 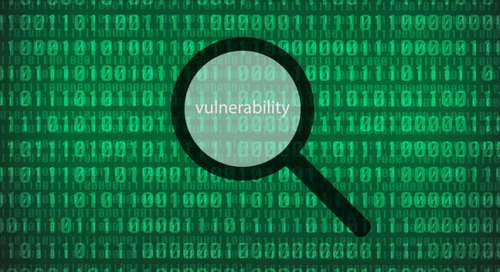 These Eight Metrics Help You Quantify Your Cyber Risk

Tracking a variety of metrics over time helps provide a clear picture of your risk and how it evolves as yo... Companies across every industry are finding themselves victims of data breaches.