Home » Blog » Peace_of_mind@yahoo.com: What You should Know About the Yahoo! Breach, the Largest Data Loss in History…
× Share this Article

Peace_of_mind@yahoo.com: What You should Know About the Yahoo! Breach, the Largest Data Loss in History…

Peace_of_mind@yahoo.com is probably the most despised email address to date. Yahoo! recently disclosed a massive data breach of 500 million accounts that happened over the last 2 years, which went undetected and un-responded. Everything went wrong with Yahoo! in this case.

First, let’s look at the timeline of what happened and why:

What does the Yahoo! data breach mean to you?

If you are a Yahoo! user, your information is up for sale as part of a package costing just $9 per one-million accounts. You should immediately change your Yahoo! password and change all the other passwords relating to your Yahoo! account. Make sure to not use the same passwords for other accounts because users can access your email and see what other accounts you use.  It’s also just as easy to use your Yahoo! email ID and Yahoo! password to gain access to your bank account or health records.

What does the 500-million-account data breach of Yahoo! mean to your business?

Again, ask your employees and admins to change their passwords immediately and make sure they understand that their passwords should be different than the ones they use for their Yahoo! accounts.

This is a classic detection and response problem. Yahoo! is a world class technology company that got sold to Verizon for almost $5 Billion. They have the best of toys, tools, and tech and yet they never realized that they had a vulnerability or that they got attacked 2 years ago. They didn’t even respond immediately after their data was up for sale in the dark web for just 3 Bitcoins. It took an additional 2 months to confirm that they were attacked and now this will be a long battle for them to close the issue. In the end, Yahoo! never detected or had a chance to respond to the largest security breach in history.

It's National Cybersecurity Awareness Month; one way to celebrate is to learn how to improve your organizat...

What Did Snowden Really Do? A Tech Primer Before You Watch the Movie

Before you watch the new Snowden movie, be sure to run through our primer to get the real story first. 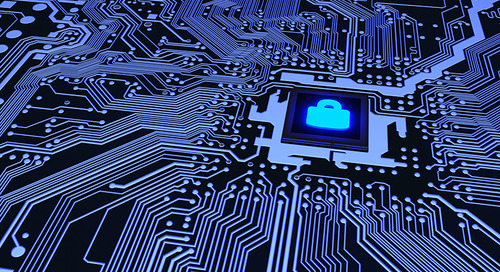