In 2015, the Identity Theft Resource Center tallied about 780 total data breaches, which collectively amounted to nearly 178 million stolen records. With 2016 behind us, the ITRC published its estimations for the past year’s data breaches. The bad news is that the report identified 980 total breaches, which is more than 2015. The interesting news is that despite this increase in total breaches, the number of stolen records was significantly less, at about 35 million.

We can only guess that the reason for this discrepancy is the unprecedented spike in ransomware. The ITRC’s 2016 report mentioned exponentially more ransomware incidents than in the year prior. And while ransomware can inhibit access to data, it doesn’t necessarily count as theft, since the records aren’t always stolen and exposed.

With that in mind, it’s too early to tell what kind of cyber mayhem 2017 will usher in (besides of course, more ransomware and most likely IoT DDoS attacks). But it’s not too late to muster up a few last-minute cybersecurity New Year’s resolutions. Here are a few worth adding to the list:

Employee awareness will be critical in 2017, due in large part to the following trends:

When all that stands between a hacker and company data are a few login credentials that can be pilfered via social engineering schemes, employee awareness is your best defense against a data breach. This is especially true in the wake of the Yahoo breach, which resulted in about 1 billion stolen email credentials. And as Arctic Wolf Networks’ Director of Product Marketing, Sridhar Karnam, pointed out in a recent BrightTALK webinar, the fallout of the attack will be at its worst in 2017.

This advice is particularly important for small and medium-sized companies, which according to Karnam, will be more alluring targets to hackers in 2017 as enterprises pump more money into cybersecurity strategies. Threats such as ransomware and IoT DDoS attacks will exploit organizations in new ways. The former will bypass perimeter defenses via clever phishing schemes, while the latter will be fueled by smart endpoints – it’s also worth noting that using DDoS as a diversion for other data breaches is on the rise.

Therefore, organizations must be much more selective in their allocation of cybersecurity spending. Ideally, more money should go to analytics-based threat detection. This doesn’t mean deploying a proprietary SIEM, but rather seeking out a security operation center provider that can also supply a holistic overview of your security posture – i.e., people, processes and technology – thereby making it easier to make smart cybersecurity purchases (learn more about SOC as a Sevice here).

“Clean up after an intrusion as quickly and efficiently as possible.”

Speaking of holistic overviews, businesses need to accept that, despite their best efforts, they may suffer an intrusion in 2017. As a result, they’ll have to clean up in the aftermath of that breach as quickly and efficiently as possible.

This year, make sure your business has everything it needs to detect cyberattacks early and respond to them in a streamlined fashion. This means developing a thorough incident response plan that not only allows for the detection of threatening activity in real time, but also the ability to remediate these problems with haste, so as to minimize losses. 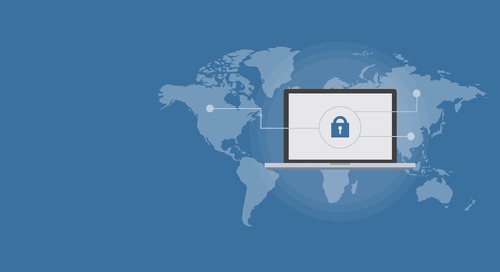 Arctic Wolf Network is proud to announce the result of the survey "The State of Mid-Market Cybersecurity: F... What to Expect from RSA Conference 2017

Every conference has its hot topics. We predict RSA's will be the following.